Twitter has launched a new “tip jar” feature which will allow people to send money to others on the site. To begin with, only a...
Read more
World News

Two people have been arrested over a suspected £3.4m furlough scheme fraud. The man, 35, and woman, 36, from Bradford, were also interviewed in relation...
Read more
World News

Asda is trialling delivering unattended food orders, allowing drivers to drop off customers’ shopping when no one is home. The trial allows shopping to be...
Read more
World News

The single-use carrier bag charge will rise from 5p to 10p and be extended to all businesses in England from 21 May. The government said...
Read more 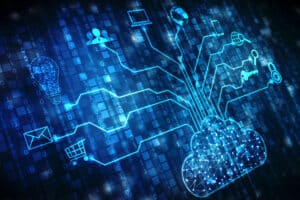 Judging by the latest economic data, small business owners that have done better than average have also been those who’ve taken at least one moderate risk in the last 12 months.

While people have always taken risks and experimented with their business operations to some degree, it seems that those who do so on a relatively regular basis and avoid alienating their traditional customer base in the process can experience significant growth as a result.

According to figures collected from one study, nearly 600,000 SMEs were at risk for collapse in the UK and the Republic of Ireland. This figure has grown substantially in the last year and a half, due in part to lock-downs but also parts shortages and supply chain-related issues. Companies that took risks and found ways to innovate their operations were able to overcome some of the most serious challenges related to these problems.

Nevertheless, it’s important that business managers assess risks in a smart way before they take them.

Taking big risks could lead to large payoffs, but in many cases a failed plan could seriously hurt the finances of a company or harm their reputations. That’s why some business owners have decided the smartest route is to keep all of their current products and services around while adding additional ones on top of these in order to serve a wider basis of clients.

Some tech-savvy managers of SMEs are trying out different kinds of cloud data integration software by turning to cloud-based tools that enable them to test platforms without fully investing in them. If something works out, then they could theoretically retain this new platform and maintain it over time. Those that don’t work out could easily be dropped. Individuals who’ve traditionally managed most of their business transactions in person may find that this is an effective way to test the waters before beginning a full-scale migration to a web-based service.

NGOs have adopted some of these measures to great success. Computer industry analysts were rather excited when a London-based theatre company used blockchain-based digital auction technology to raise money. While it’s easy to go too far and make too many dramatic moves, those who want to begin experimenting with these kinds of services should find the barriers to entry have been dropped quite a bit.

Others are instead focusing exclusively on taking risks when it comes to their marketing practices, and these too are paying off handsomely for those who manage campaigns well.

A Renewed Focus on Marketing Technologies

When it comes to arranging a marketing campaign, nothing can beat actual human-focused customer service, and there are a number of studies that have proven this. No piece of technology could possibly replace the experience and skill of trained human representatives. A smarter way to integrate technology is to train artificially intelligent agents to act on behalf of your representatives using the same knowledge that they’ve relied on.

Taking risks in this space can pay off well, but any small business owner who wishes to has to keep this in mind. Instead of trying to eliminate people, invest in a new product that will compliment your current operations. Human representatives who are suddenly empowered by new tools may prove to be far more effective than a shiny new automation package might be on its own.

Nevertheless, there is a place for business automation and small businesses that can’t afford large staffs have incorporated these into their workflows quite efficiently. Audio and video chat apps have recently been popular with those willing to make a huge leap of faith, since they’re easy to add to an existing marketing profile. As businesses look to add additional ways to communicate with prospects, it’s likely that they’ll continue experimenting with additional platforms.

While these usually don’t constitute too much risk, there’s always an opportunity cost to consider. That’s why anyone who wants to take even the slightest risk will want to figure out some way of testing whether or not they’ve made the right decision.

Judging the Return on Investment when Taking Risks

Objectively judging how well a certain decision has worked out can be very difficult in spite of the fact that it seems like there’s no lack of alleged metrics to judge performance by. Companies that already sell online can employ their existing dedicated eCommerce KPIs to figure out more about how their campaigns are doing. Those who currently don’t have any way to measure their business decisions or who want a change are encouraged to only use worthwhile standards and judge each decision based around one of these categories:

Chances are that you’ve seen countless other measurement systems, but these are often built around fads that don’t necessarily reflect the realities of a genuine business environment. While it might seem like this suggestion goes against the general idea of risk taking, you’ll need some neutral and objective way of figuring out which of the risks you take are the most effective. Without this, you’ll never be able to tell whether or not you’re making the right call. The average value of each order placed and the average margins involved in each sale will help you figure out which of your decisions has been the most profitable.

Acting on Your New Insights

As soon as you’ve learned what plans have been ineffective, you’ll be able to dump them. Unfortunately, a number of small business owners have been reluctant to admit when they’ve made a mistake. It’s best to completely avoid this kind of thinking.

Companies that cut their losses with bad decisions early on are usually able to avoid problems later on. This is especially true with those who would have otherwise ended up entrenched and forced to support a product line they didn’t want to later on. While it can be hard to take even calculated risks, firms who do learn to balance their decision-making process will usually grow at a respectable rate.

Twitter has launched a new “tip jar” feature which will allow people to send money to others on the site. To begin with, only a...
Read more
World News

Two people have been arrested over a suspected £3.4m furlough scheme fraud. The man, 35, and woman, 36, from Bradford, were also interviewed in relation...
Read more
World News

Asda is trialling delivering unattended food orders, allowing drivers to drop off customers’ shopping when no one is home. The trial allows shopping to be...
Read more
World News

The single-use carrier bag charge will rise from 5p to 10p and be extended to all businesses in England from 21 May. The government said...
Read more