Over 72,000 urgent UK jobs to fill amid pingdemic

Over 1.1 million job vacancies are lying open as the pingdemic worsens the UK worker shortage. The ‘pingdemic’ is the latest challenge to sectors struggling...
Read more
World News

The best place to start a business in the UK revealed

New data analysis has revealed that the Worcestershire town tops the rankings after scoring highly in a number of key indicators for business success. The...
Read more
World News

Pressure is building on the prime minister to radically redraw restrictions on foreign travel next week, in time for the final weeks of the...
Read more

GoPros, Drones, and Other Trendy Equipment in Corporate Video Production 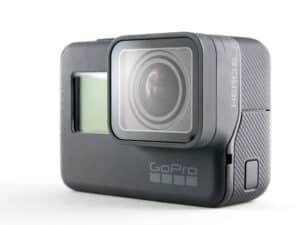 Technological progress never stops for a second. Remember when we used to consider 2-megapixel phone cameras cool and tried to film everything? Well, 2 megapixels sounds like a joke today. Because nowadays you won’t surprise anyone by having a 5k camera with auto-stabilizing in your flagship phone model.

It’s just that even basic smartphones have recording capabilities of a $20000 professional camera from 15 years ago. And that’s only the tip of the iceberg. Think about Video Production Services and their equipment. Let’s take Develux as an example.

It’s a company that specializes in offering video production services. Thanks to their high-tech equipment and modern technology, they can do everything. From basic pre-production ideas to advanced post-production effects and animations. So, we made this article to help you keep in touch with the best professionals and trends in video production.

Gimbals have been taking over the world for a few years now. No wonder, as they allow anyone with a half-decent or even starter-level camera to film stunning footage. Gimbals are stabilizers that make a video look super smooth. That means you can walk and film, or even ride a skateboard or a bike.

It adjusts itself so that all motion looks as smooth as possible. It removes shaking and decreases the presence of “bumps” caused by movement. The principle of its work is pretty simple. Basiс laws of physics make sure that any manual movement of the camera is compensated with a complicated system of weights.

Another great thing about gimbals is that you can find one no matter what your gadget is. Of course, huge professional recording equipment requires a different approach. But that’s the matter of corporate video production companies, not amateurs. Because any amateur can make their video look professional just with the use of gimbal and basic editing skills.

Here’s a list of the offerings on the market right now:

The article’s title would be deceiving if there wasn’t a GoPro mentioned. So, are we even talking about action cameras or GoPros in particular? Because since its birth, this company has been absolutely dominating the action recording market. To the point where any action camera is called a GoPro by the public, no matter what its real name is.

So, why are they even a thing, and why do people love them so much? The answer lies in 3 words – simplicity, reliability, size.  Oh, and of course the marvelous quality.

Anyway, action cameras are a perfect solution if you need to record something in first-person, Especially if it involves a lot of action, which is pretty obvious. They’re called action cameras for a reason, after all. But that’s not the only use for this recording equipment family.

These tiny things are not only able to survive any punishment you put on them and record it in 5k. They can be used as a main source of the recording. Many bloggers only have one or multiple GoPros. They don’t even use anything besides them. These little cameras have become so universal, that a single tiny box solves everything.

And here’s our choice of action cameras besides the infamous market leader:

Yes, tripods aren’t a new thing at all. But we still put it on the list because of how far they’ve gone in the last decade. The concept and goal of a tripod are very simple – just a few sticks that make your camera stand still in one position.

And that’s why it’s so hard to improve it. That doesn’t mean that it’s impossible, though. “Octopus” tripods prove it just right. Because now a tripod serves the purpose of a mobile mounting point. Need to film from that strange hanging-from-a-shelf angle? Then you certainly need one of those.

And don’t forget about its primary role. It may be simple but not any less important. People still need their cameras to stand still in the best way they can. And there’s still room for innovations in terms of portability and weight.

Since it has been introduced, Arsenal has changed the video and photo production market forever. And I would like to see some other examples of such intelligent filming assistants in the future. But unfortunately, there aren’t any competitors for Arsenal at the moment. It’s not the best product on the market, it is the market.

Arsenal has become one of the biggest trends in video production in the last few years. Right, it’s aimed more at improving the photo-taking experience. That doesn’t mean you can’t use it for videos, though. It’s a small thingy, smaller than a cigarette pack in size, that can fix all your “adjusting” needs.

It can automatically change all the settings to fit any of your needs. Like changing parameters to improve the quality of the footage.

We’re getting more and more used to drones each year. They’re used by everyone, from amateurs to professional video production services. Hell, even delivery services use them. I put them last on the list because drones are basically the embodiment of what video production technology has achieved. You can fly it kilometers away from your position at an altitude of a few hundreds of meters and still get great footage.

We all know what drones look like. Just don’t forget that they use super-advanced tech that uses simple concepts. Because transmitting a signal on that distance, maintaining the speed and the altitude, stabilizing both the whole body and camera, and taking footage on top of that isn’t so simple.

Nobody from 30 years ago would believe you these things exist today. And while they look so usual and common for us now, remember that everything is possible thanks to humans’ will to create something new or improve already existing tech.

Previous articleWant to Earn Money with Bitcoin? Try Out 5 Practical Ways
Next articleSimple Steps to Choose the Best Bitcoin Wallet

Over 72,000 urgent UK jobs to fill amid pingdemic

Over 1.1 million job vacancies are lying open as the pingdemic worsens the UK worker shortage. The ‘pingdemic’ is the latest challenge to sectors struggling...
Read more
World News

The best place to start a business in the UK revealed

New data analysis has revealed that the Worcestershire town tops the rankings after scoring highly in a number of key indicators for business success. The...
Read more
World News

Pressure is building on the prime minister to radically redraw restrictions on foreign travel next week, in time for the final weeks of the...
Read more