Demands from businesses to extend the furlough scheme were rejected by Rishi Sunak last night – despite the expected delay to ending lockdown. The hugely...
Read more
World News

How to market your business – when you really, really HATE social media

Read any guide on the best way to market your business and you’re bound to find social media high up the list — and...
Read more
World News

Boris Johnson will appeal to the nation to be patient today as he announces that the June 21 easing of lockdown restrictions will be...
Read more

The Plan of Hulu to Expand into International Market 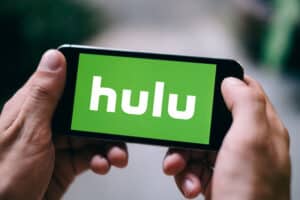 Toward the end of 2019, Hulu had delivered a proposal to Walt Disney, its controlling shareholder, outlining a strategic plan to expand the popular streaming service outside the U.S.

After watching their rivals Netflix and Amazon set up their shop all over the world, Hulu CEO has spent a couple of years making a strategic plan to catch up. The service currently is limited to U.S. viewers only. Although you can watch Hulu in UK, Canada, Australia, or anywhere with a VPN, it is not officially operating in any region except the United States.

At first, Disney CEO Bob Iger and Chief Financial Officer Christine McCarthy expressed support. According to the people who were familiar with the issues, they pledged to present the plan at a board meeting in January 2020. But ultimately, that didn’t happen. Instead, Disney announced in August that it would create a new general entertainment service application outside of the U.S. under the umbrella of Star, the company’s Indian media subordinate.

Disney’s public explanation’s for choosing Star over Hulu overseas focused on a marketing problem, specifically when Hulu has a limited name recognition outside the U.S. At the same time, Star is a major brand in South Asia. But Disney had other reasons for limiting the Hulu application to the U.S., according to the people who had asked not to be identified because the conversations were private and confidential. Under Hulu’s proposal, for the overseas expansion would have cost them at least $4 billion. Even before the coronavirus pandemic, For such a big, additional investment in the Hulu application was a tough sell inside Disney since the streaming service was already losing more than $1 billion a year. Disney was committing major resources to the expansion of Disney+.

Hulu All Over The World

Hulu is a video-on-demand service, and it also offers Live TV to its viewers and subscribers. The service has expanded so much since its arrival, and currently, it has around Thirty-Five million subscribers. The service is rapidly growing in the US, and after its acquisition by The Walt Disney Company Ltd, they are eyeing to get even more subscribers. The shows and movies on the Hulu application are amazing, and it is expected that people worldwide will love it.

The international expansion of the Hulu application is expected to give it a major boost in the viewers and subscriptions. However, to compete with the big giants like Netflix, they will have to produce more on-demand content. The region-specific strategies might work here, just like Netflix. It is expected that Hulu will gain more subscribers and viewers with its international expansion but only by making more shows that are on-demand, or else it might be in danger as they have to compete with the giants such as Netflix and Amazon.

In 2011, Hulu needed to expand internationally. And it had introduced its services to Japan. It was a challenging place to start with. For years, Japan’s insularity had maddened many Western media companies. But at that time, Hulu’s owners were reluctant to introduce the services in any region of the world where they had operated many major cable networks. From the start, Hulu had struggled to win over fans in Japan. In 2013, Kilar left the streaming work, and a year later, the owners sold the Hulu Japan application to a local broadcaster. In the few years that followed, Netflix plowed billions of dollars into the original programming and expanded worldwide.

Hulu application was stuck in the U.S. with a limited budget and a tentative strategy plan for future growth. In 2017, when the Hulu application scored their first breakout hit with “The Handmaid’s Tale,” an Emmy-winning conversion of Margaret Atwood’s novel, it seemed likely that their services will and would follow Netflix’s playbook: betting everything on its lineup of original shows. But the Hulu’s application owner had other ideas. He is eager to bring back cord-cutters who were abandoning their traditional cable TV services.

Hulu’s owners mandated the company to create a live TV product, overruling Hulu’s application leadership and siphoning off resources from its development for new programming. Despite the meddling of its owners, Hulu had managed over the years to nurture a distinct corporate culture and nerdy, upbeat, and a little bit goofy. Employees referred to themselves as the “Hulugans” and maintained a document that outlined its mission and values. In 2019, when Disney acquired most of 21st Century Fox, the deal clarified which company was in charge of Hulu. But Disney also quickly curtailed Hulu’s sense of independence.

And that’s all for today. We have given a short article about Hulu’s expansion into the international market. We hope you will love the article, and you will gain some insight into why Hulu makes its international level. And if you guys have any pointers, do mention them, and we will try to get back to you as soon as possible.

Read more:
The Plan of Hulu to Expand into International Market

Previous articleLucid Motors reveals all the tech inside its all-electric Air sedan
Next articleKara’s Orchards CBD Gummies UK Review: Must Read Before Buying

Demands from businesses to extend the furlough scheme were rejected by Rishi Sunak last night – despite the expected delay to ending lockdown. The hugely...
Read more
World News

How to market your business – when you really, really HATE social media

Read any guide on the best way to market your business and you’re bound to find social media high up the list — and...
Read more
World News

Boris Johnson will appeal to the nation to be patient today as he announces that the June 21 easing of lockdown restrictions will be...
Read more